skip to main | skip to sidebar

Why I am a Liberal 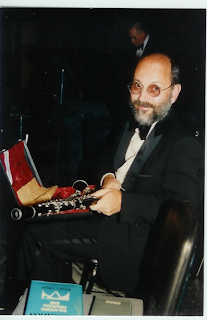 I'm a liberal. Conservatives have been making a dirty word of "liberal" for a half century or so. They've tried to identify liberals with everything they think the American people hate, or ought to hate: wimpy foreign policy, reckless spendthrift domestic policies, softness on crime, shameless personal behavior, give-aways to the undeserving poor (conservatives are all in favor of incentives to the deserving rich), plus godlessness and an attitude of blame-America-first.


Call something "liberal" and you don't have to explain why it's bad. End of argument.
"Liberal."
George H.W. Bush used to spit out the loathsome word. It's a favorite epithet of hordes of right-wing bloviators and Republican candidates and conservative pseudo-intellectuals in subsidized think tanks.
The conservative propaganda has been all-too-successful. So successful that many liberals themselves prefer to call themselves something else, usually "progressives."
I think it's long past time for liberals stop apologizing for the great American liberal tradition and proclaim it proudly.
Ours is the tradition of Thomas Jefferson, Abraham Lincoln, Franklin Delano Roosevelt, Harry S Truman, John Kennedy and, yes, Lyndon Johnson.
Liberals have fought for every advance in American society, usually against bitter, even hysterical, conservative resistance:
Child labor laws. The eight-hour workday. The minimum wage. Graduated income tax (which many conservatives still consider the work of the devil). Direct election of senators. Women's suffrage. Pure food and drug laws.
Social Security, the Securities and Exchange Commission, insured savings at banks, rural electrification, the Tennessee Valley Authority, wages and hours legislation. Labor's right to organize, bargain and strike.
Medicare. Medicaid. Head Start. Peace Corps. Food stamps. Federal aid to education. Legal services. Clean-air and clean-water laws. The National Endowment for the Arts. The Corporation for Public Broadcasting.
What is a liberal? We liberals believe in the open mind and the open society. We believe in fair play, civil liberties and due process of law. We believe in open government, without which liberty is in jeopardy. We believe in the constitutional arrangement of three co-equal branches of government and we are highly suspicious of concentrated power in any of them. We are equally suspicious of concentrated economic power.
Contrary to the conservative party line, we liberals believe in personal responsibility. We believe in holding people in high office responsible when they fail to live up to their responsibilities, when they flout the law and the Constitution. We hold in scorn the people in high office who refuse to take responsibility or blame for their own failures and who pass out honors, rewards and promotions to each other while passing the buck down.
Liberals believe in the Constitution and the Bill of Rights -- free speech, a free press, freedom of religion, the right to counsel, the right to be considered innocent unless proven guilty, the right to call witnesses in one's own defense and so on. We are proud of the American Civil Liberties Union, which defends those rights, and we are scornful of those who mock it as "liberal" or "leftist."
We believe in a strong national defense, but we have learned from experience that the United States can't go it alone, that military power is only one facet of strength and that a truly strong nation is one whose economy is strong, whose citizens are educated and where everyone is equal in rights, responsibility and opportunity.
We believe, in the words of the Declaration of Independence, that all men are created equal, and that goes for women, too. We believe in equal opportunity for all and special privilege for none.
We believe that every citizen is entitled to a living wage, to medical care, to an education and to security in his or her old age. We believe in conserving our environment for future generations, not in despoiling it for short-term profits. We don't believe in borrowing to finance massive tax cuts for the wealthy that our children and grandchildren will have to pay off.
We liberals believe, as Franklin Roosevelt declared, that "the test of our progress is not whether we add more to the abundance of those who have much; it is whether we provide enough for those who have little."
And we don't believe that the American people are so stupid that they can continue to be distracted by nonissues like flag-burning and gay marriage from the disastrous Iraq adventure, the attacks on their liberties and the abundance being showered on those who have much.
First published on September 26, 2007 by Leonard Boasberg
Posted by dad at 8:40 AM 1 comment: